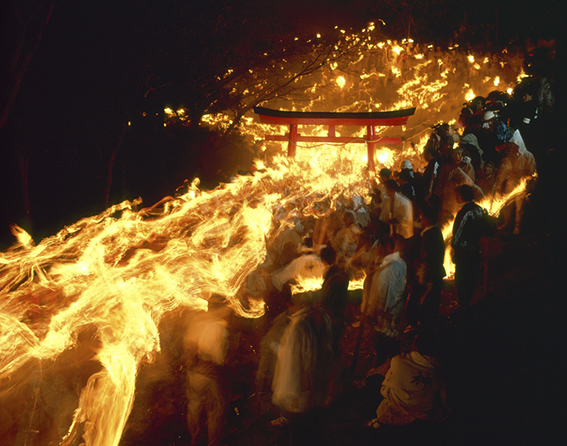 Two thousand men known as {nobori-ko} clad in all-white attire will hold torches and run down the 538 stone steps from the peak of Kamikura mountain. These men have gone through a week-long purification period where they eat only white colored foods such as tofu, rice and fish paste, and refrain from interaction with women. On the day of the ceremony, the shrine’s doors are closed at 7pm and the fire is distributed to the torches. As the gates open at 8pm, the men rush down the steps, creating a fiery wave that resembles a flying dragon.